On August 10, 2017, Clearwater Marine Aquarium (CMA) and local law enforcement and first responders honored Officer Jody Thompson of Oklahoma’s Poteau Police Department and his family for their stand against child abuse. Officer Thompson and his family came to Clearwater to be honored and meet Winter the dolphin.

The Story of Officer Jody Thompson and John

If you or someone you know is experiencing abuse, please call the national hotline 1-800-4-A-CHILD.

What can you do if you suspect a child is being abused?

It is important to report concerns if you suspect a child is being harmed. You can report your concerns to your state child welfare authorities and a trained professional will determine the help and services needed. The Child Welfare Information Gateway provides a list of numbers and information found here: State child abuse and neglect reporting numbers .

Statistics from the National Children’s Alliance

Clearwater Marine Aquarium is partnered with Angels Against Abuse, a local non-profit that educates the community on potential abuse and supports abused and neglected children in the community. CMA recently designed themed rooms and hallways at the facility.

Please consider making a charitable donation to Angels Against Abuse. 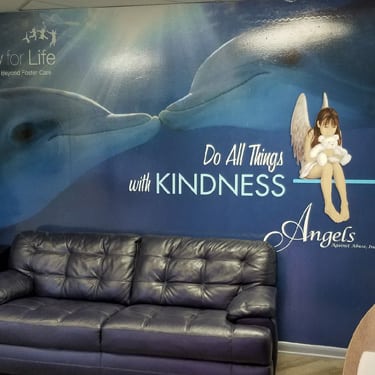 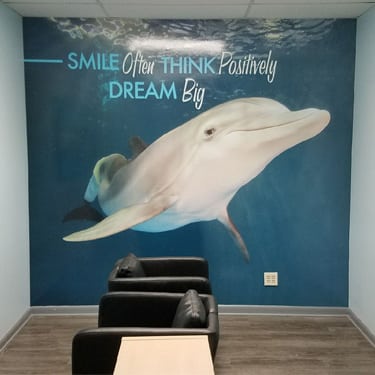 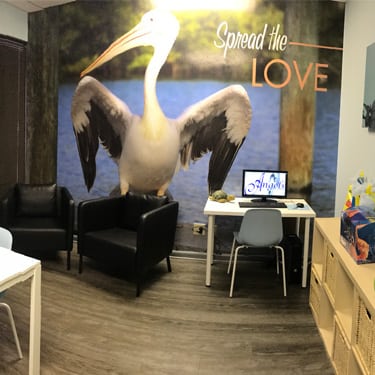